TGIF! What are your plans for the weekend? Do you have anything planned?

Yesterday my bestie HM was in town, and I quickly slapped on some makeup before going out to play. Do note that these pictures were taken about 8 hours after application, so despite the fact that it held up very well, it wasn’t as neat as it was freshly applied. My apologies!

For my eyes, I used the left column of Wet n’ Wild Comfort Zone. I pretty much followed the instructions, only with the Browbone shade for my inner corners and Definer shade to smudge out my lower lash line. My brow bones were highlighted with Bobbi Brown Bone as usual, and lower lash line was lined with Urban Decay Lucky. I thought the copper shade of Lucky would make good friends with the coppery Crease shade of the palette.

I had MAC Sunday Afternoon on my cheeks, because I thought it’d work pretty well with Dior Addict Extreme Plaza. I used the matte part for blush and the shimmery strip for highlighting. I like it better this way than when all the colors are mixed together! I took a photo of my lips too. Remember I said the Addict Extremes could be built up throughout the day? This is how Plaza looks after a couple of reapplications. It is not opaque, but it is for sure not as sheer as it is upon the first application either! 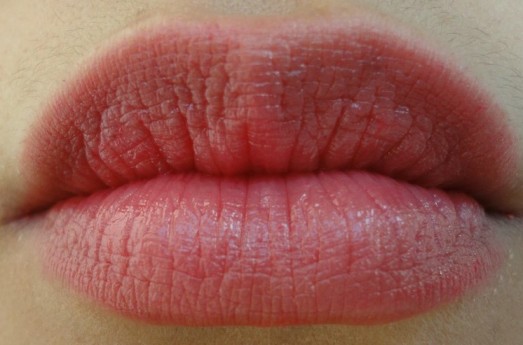 Just a couple more pictures so you could get a better idea.

I had a minimal amount of foundation on, just blended a tiny bit in my T-zone and a little in the center of my face. I also had some Bobbi Brown Illuminating Bronzing Powder in Bali Brown all over my face. In person it gives a pretty tan/glow (but I used a VERY light hand), but in pictures it doesn’t show up too well (that or it was because it faded after 8 hours). I’ve also been testing out the Fairy Drops Platinum mascara. I will for sure review it soon on the blog, so keep your eyes peeled!

That’s it for today! There are a million things I want to show and share with you, but at the moment I’m trying to meet a deadline, so my hands are tied. Hopefully I can get it out of my way today and blog a bit more this weekend!