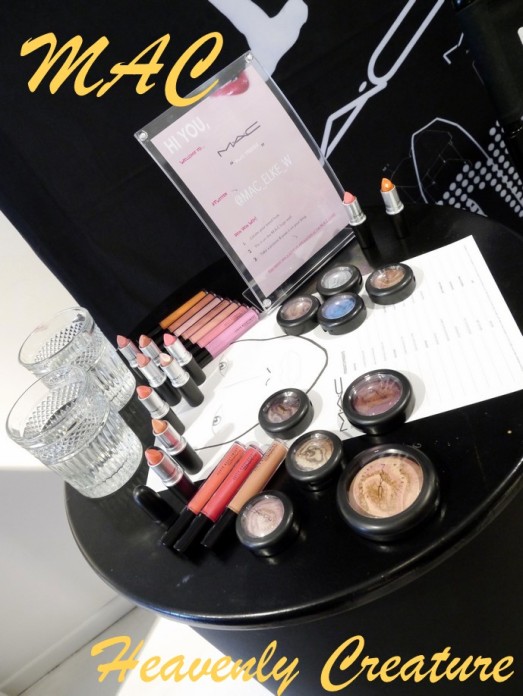 It’s that time of the year when MAC launches their Mineralize collection, and this year the theme is Heavenly Creature. This collection is due out in Belgium in July, and I had the luck to play with some pieces and swatch them for you a couple of days ago. Are you curious yet? Check it out! 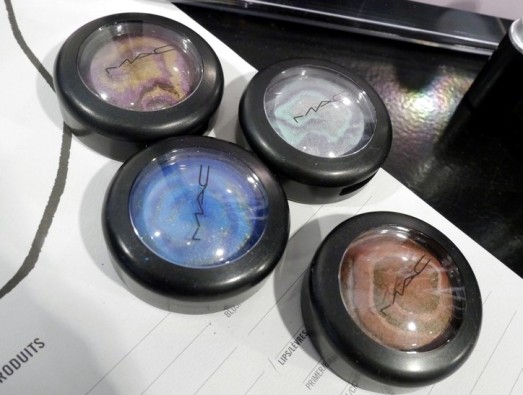 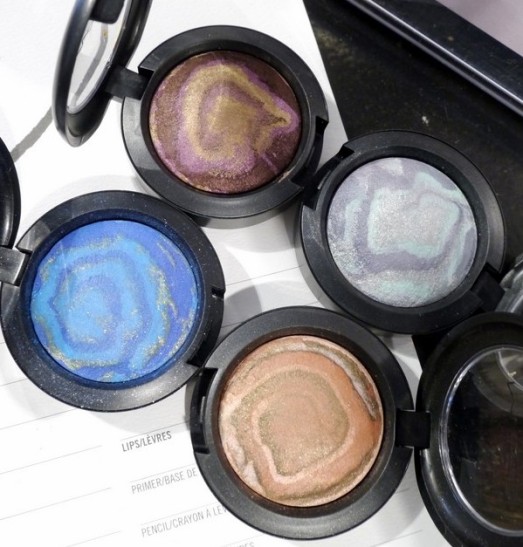 According to senior artist Elke W., this year the products are made the same way wraps are made (think sushi rolls), and that’s why they all have the swirl pattern.

From the blue one at the lower left: Sky, Universal Appeal, Bright Moon, and Aurora. 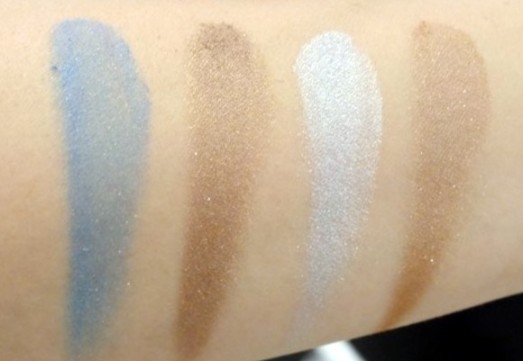 They all swatched amazingly pigmented on me, though I wonder if it’s because I had sunscreen on that day. I find that powders swatch better when there is some grease on the skin for it to hold on to. These are all very shimmery, and as you can see some have rougher particles. 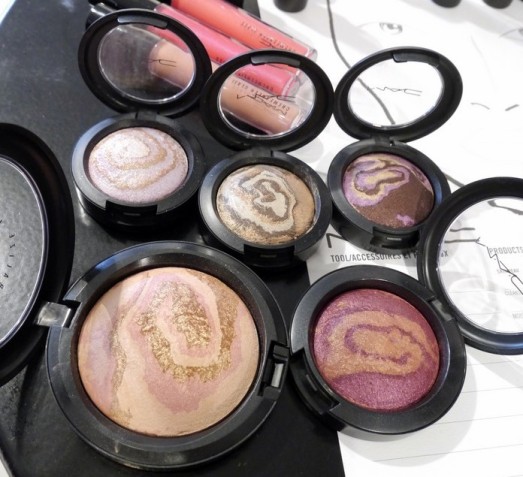 The swatches were done with a slightly different order. From left to right you can see Stratus, Light Year, Universal Appeal, Earthly, and Invincible Light.

Did you realize something? There were two Universal Appeals, and since the two of them have significantly different patterns, they swatched really different as well. I think some people like Mineralize Eyeshadows for this. You can have the same eyeshadow that is more or less of a certain color depending on the pattern.

All of them together:

I also swatched the Meteoric, Celestial Kiss, and Astral Cremesheen Glasses (the first three from the left. The rest belong to the upcoming Cremesheen + Pearl Collection that is coming out in August. Click here for an ultra exclusive sneak peek!): 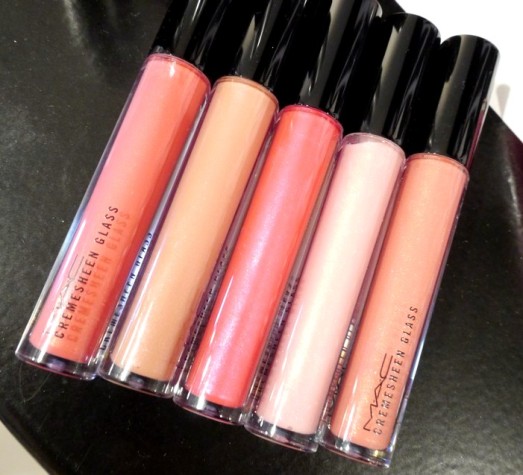 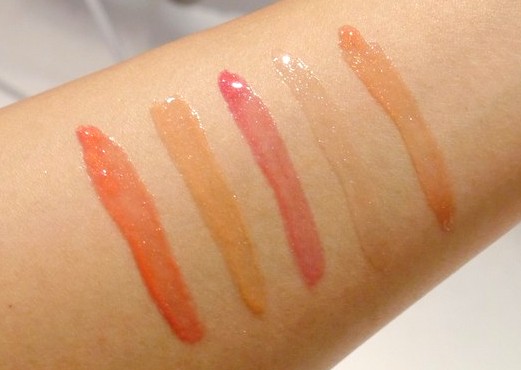 What do you think? Is anything calling your name? If you’re in the US, did you haul? I have once owned a Mineralize Eyeshadow that I couldn’t figure out how to use (it was more about the color I think), so I swapped it out. I wonder what I’ll think about the formula if I get some pieces to play with now! 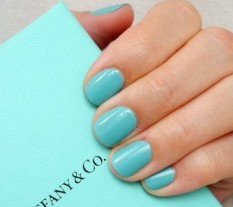